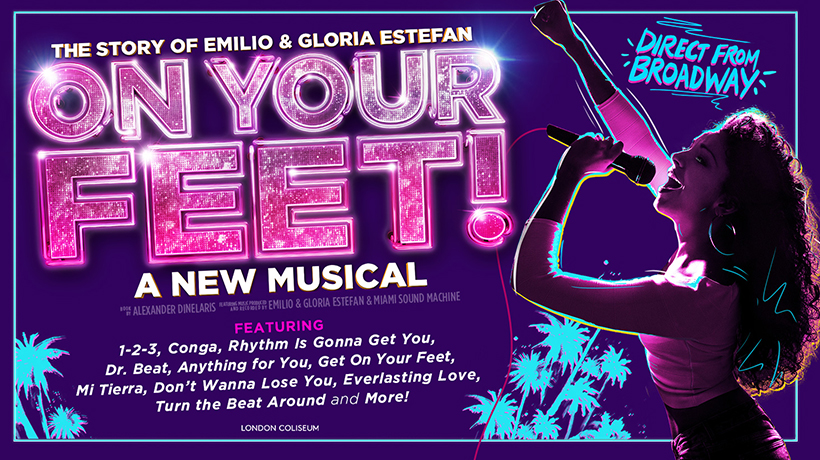 Book On Your Feet

Her voice. His vision. Their story. Gloria and Emilio Estefan's smash-hit musical comes to London direct from Broadway for a strictly limited season. On Your Feet! is the inspiring true love story of Emilio and Gloria and charts their journey from its origins in Cuba, onto the streets of Miami and finally to international superstardom.

This exhilarating musical features some of the most iconic pops songs of the era, including “Rhythm Is Gonna Get You”, “Conga”, “Get On Your Feet”, “Don’t Want To Lose You Now” and “1-2-3”.

Emilio Estefan is a founding member of the pioneering Miami Sound Machine, who created a brand new Latin crossover sound — fusing infectious Cuban rhythms with American pop and disco. Get On Your Feet! at the London Coliseum, Summer 2019!

Book On Your Feet