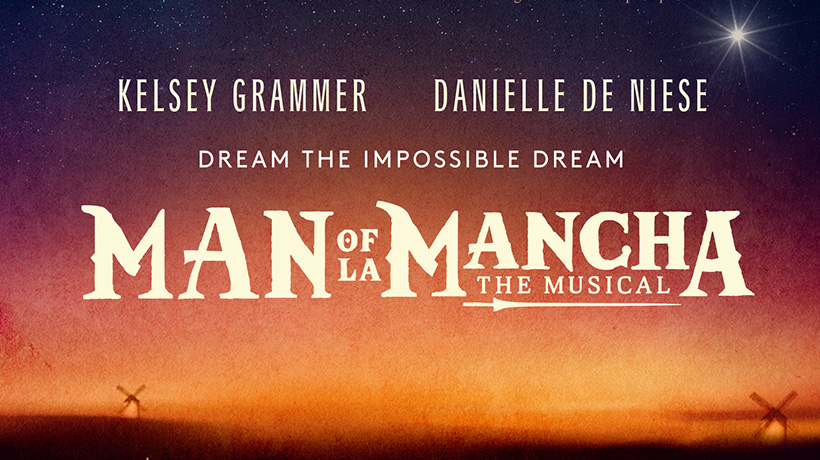 Taking inspiration from Miguel de Cervantes' seventeenth-century literary masterpiece, Don Quixote, and set during the violent Spanish Inquisition, Man of La Mancha follows failed playwright and tax collector Miguel de Cervantes as he is thrown into prison for attempting to tax a monastery.

As he awaits trial, a kangaroo court threatens to confiscate Cervantes' precious and uncompleted manuscript for Don Quixote. While giving his defence, Cervantes, along with his servant, suddenly transform into the characters of the very book he is trying to save. As both of their imaginations run wild, the duo, now believing themselves to be Don Quixote and Sancho Panza, do everything in their power to destroy evil, set things right and restore the age of chivalry that has long thought to be dead.

Written by Dale Wasserman and featuring spectacular music by Mitch Leigh, you can look forward to such toe-tapping numbers as 'Little Bird', 'I, Don Quixote', 'The Impossible Dream', 'I Really Like Him', and 'Dulcinea'. And with lyrics by Joe Darion, you'll be dancing and singing along to the chivalry beat long after the curtain falls!